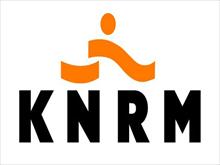 This initiative arose from the immediate need for operational volunteers in Chios region, in order to contribute to search and rescue efforts of local coast guard aiming to save more human lives.

In this direction and scope of the general aid planning from International Maritime Rescue Federation http://international-maritime-rescue.org/, HRT combines with KNRM, which is one of the oldest and experienced organizations in Netherlands in sea rescue.

KNRM will provide all its expertise and equipment for the foundation of HRT’s base of operations.

For this reason, the Dutch organization has already sent and are expected to be arriving in Chios by March, 13, two up-to-date rescue boats, with all the necessary equipment for rescuers as they will contribute to Coast Guard’s efforts, along with instructors who will train new members to the operation of the boats and, generally, in sea rescue drills.

At the same time, HRT instructors-volunteers will conduct a training program covering all the other rescue-concerning topics.

“Maria Tsakos” institution and its people, whose significant presence gave unprecedented potential to the beginning of this effort, have supported from the very first minute, HRT and KNRM in this great effort, while the local authorities have already met with HRT board of directors and KNRM Dutch representatives throughout common visitation which took place on late January in Chios.

37 Chios citizens have already expressed their interest to participate in HRT and KNRM operations base and are due to begin training in sea rescue drills immediately afterwards the two boats arrive at the island, while, simultaneously, the base will be fully operational and at coast guards disposal from the very first minute, manned with KNRM crew.

You can read the report at KNRM website here: