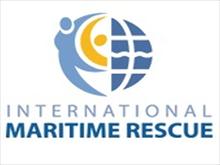 The European organizations, members of the International Maritime Rescue Federation whose only member in our country is the Hellenic Rescue Team have proceeded to the organized mobilization for the reinforcement of the rescue operations at the Aegean. This action comes to support our efforts that has started the Hellenic Rescue Team already form the beginning of the refugee crisis.

Towards this direction have been arranged meetings of the IMRF President, Captain Udo Helge Fox and the coordinator of the IMRF for the program, Andreas Arvidsson with the Hellenic Rescue Team Board of Directors, as well as with team of the Dutch KNRM at the Team’s offices in Thessaloniki, during which were discussed the program’s specific factors and its implementation methods. According to the planning, five organizations, members of the IMRF, from Germany, Norway, Sweden, The Netherlands and England are going to reinforce the operational ability of the Hellenic Rescue Team as well as of the Coast Guard ancillary in Lesvos, Chios, Samos and Kos islands with rescue boats, equipment donation but also human resource support. These organizations are the German DGzRS (Deutsche Gesellschaft zur Rettung Schiffbruchiger), the Norwegian RS (Redningsselskapet), the Swedish SSRS (Sjöräddningssällskapet, Swedish Society for Sea Rescue),the Dutch KNRM (Koninklijke Nederlandse Redding Maatschappij,) and the English RNLI (Royal National Lifeboat Institution,).

The above organizations take action exclusively at the maritime rescue and their action starts at the beginning of 19th century. They have ultramodern boats, thousands of volunteers and their know-how in relation with the rescue is extremely valuable. This know-how is about to be transferred to Greece as well, since the German DGzRS, the Dutch KNRM and the English RNLI will provide each one of them two ultramodern boats to Greece, which will be become active at the area of Eastern Aegean. Already two boats of the Swedish SSRS are active in Samos since October and they actively participate in rescue operations, while since the beginning of February one inflatable rescue boat has already been sponsored to the Hellenic Rescue Team and is used by the same organization. Lastly, the Norwegian RS has already reinforced financially the Hellenic Rescue Team for the purchase of a rescue boat that takes action at the island of Kos and continues the help for the construction of a second one, with the support of the Norwegian Ministry of Foreign Affairs.

Reference point of these organizations in Greece is the Hellenic Rescue Team with which the IMRF cooperates closely for the coordination of this initiative, while there is consultation form the Coast Guard as well, which has accepted the international assistance and will cooperate with the HRT and the rest international organizations with ultimate goal to be saved human lives. Moreover, the HRT President, Mr. George Kalogeropoulos and the coordinator on behalf of the IMRF, Andreas Arvidsson were met with the Sector Director of Security and Operations, Rear Admiral, Mr. John Karageorgopoulo, at the headquarters of the Coast Guard at Piraeus where the project of the IMRF for the help in Greece was presented.

One of the main targets of this effort is the reinforce of the HRT operational ability, as these boats are going to remain in Greece and be integrated to the Organization’s fleet, while they will be accompanied by rescue equipment and maritime rescue training programs. With this huge help, the HRT will manage to upgrade significantly her operational profile at the area of Eastern Aegean and to assist effectively to the Coast Guard mission.