Rescue operation at Anthohori in Metsovo 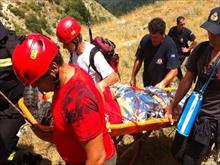 Tragic ending had yesterday, Sunday 24/7/2016, at Anthohori of Metsovo the excursion of a climber’s group from Ioannina.

During their route, two men of the group slipped and fell to a deep canyon. One of them managed to hold on to a tree while his friend, trying to help him, slipped to even deeper depth and got trapped to an unapproachable point. The Central Administration of the H.R.T. was informed early in the morning about the accident from one of its members that was close to the accident and immediately took action the H.R.T. of Kozani as well. In the meantime, the EMAK Hellenic Rescue Team was also informed, while the H.R.T. informed the Fire Service of Ioannina.

At the place of the accident, arrived the Fire Service of Metsovo and at the same time was informed the EKSED.

The members of the Kozani H.R.T. arrived at the point of the accident at 12:30 and with the cooperation of the F.S. they managed to free the stretcher with ropes, on which the injured man had already being placed by the firemen. During their way, however, the climber stopped breathing, despite the efforts to be kept alive with the doctor’s support.

It is worth mentioning that the firemen were the first to arrive at the place of the accident and they started the initial procedures for the climber’s rescue.

The ambulance took the unfortunate man and transferred him to the hospital.

The H.R.T. expresses its condolences to the family of the deceased.

* The photos are from the operation 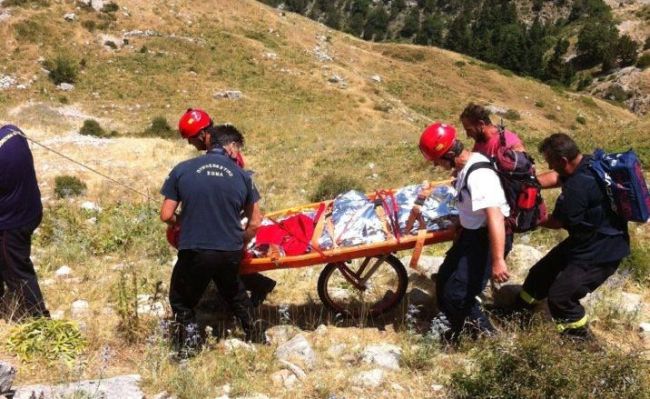