The Hellenic Rescue Team in fire fronts in Thassos

12 members of the Hellenic Rescue Team from Kavala, Rodopi and the Central Administration, contributed to tackling large fires that broke out on Saturday in Thassos, destroying houses, crops and thousands of acres of woodland.

Volunteers of the HRT began to operate under the direction of the Fire Service with teams on foot and the mobile operations centre "Hermes", from Saturday morning at the fire front of Alikis-Thumonias and at the second fire front at the village of Theologos. At the same time, by order of the Health Centre of Prinos, the rural clinic in Poto was actived by the HRT.

The main activity of the HRT volunteers on both days, focused on the fire front of Theologos and Alikis, where they assisted the forces of the Fire Service with regards to both fire fighting and telecommunications.

We thank the Fire Service for the cooperation and the residents of Thassos for the help. 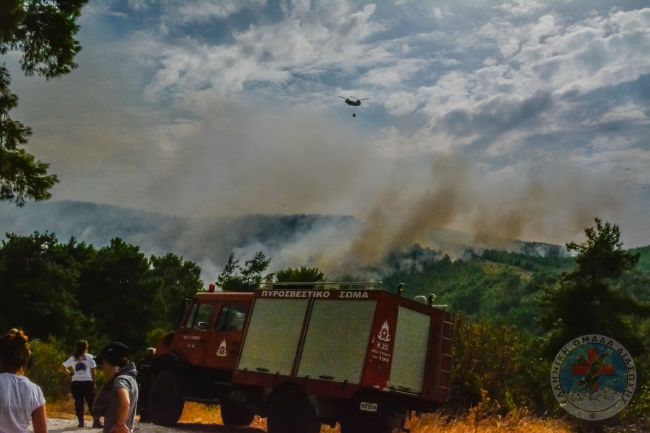