A prominent visit to HRT’s branch in Samos took place at the end of March by the House Foreign Affairs Committee General Counsel, Mr. Doug Anderson and Ms Holly Metcalf from the US Embassy in Greece, where they had the opportunity to meet with HRT’s volunteers and be briefed on the work they have offered during the refugee crisis.

Mr Anderson and Ms Metcalf visited HRT’s offices in Karlovasi, saw firsthand the entire rescue equipment and discussed with the volunteers about their operational actions on the island, especially during the period of 2015-2017, when the refugee flows reached their peak.

Moreover, the two representatives visited the HRT Samos rescue boats, Rescue 5 and Albatross, which were at sea on a daily basis during the crisis, helping refugees safely reach the coast and undertaking search and rescue operations.

It should be noted that HRT volunteers from Samos had been summoned during the refugee crisis to carry out some of the most demanding search and rescue operations, as many refugees were trapped on steep shores and the assistance from mountain rescuers was deemed necessary.

Before the visit to Samos, Ms. Holly Metcalf of the US Embassy and Ms. Xeni Kosmidou from the US Consulate in Thessaloniki also met with the HRT Central Administration Board, in Thessaloniki. 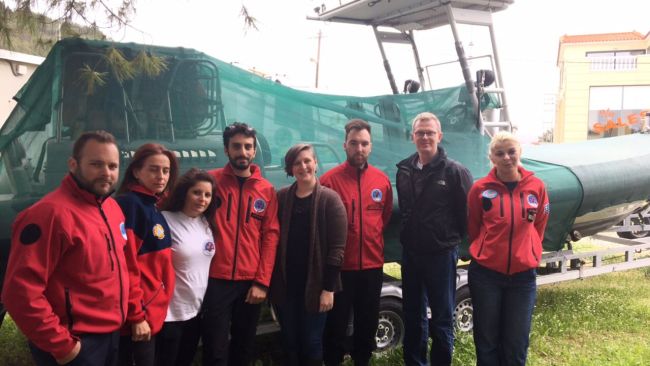