Searching for trapped and injured people under debris, especially after an earthquake, is a difficult and time-consuming process for rescue teams. In their effort, cutting-edge technologies are often used, as well as Search and Rescue (SAR) dogs that have been specially trained to assist rescuers to locate the people trapped. Highly trained rescuers, SAR dogs and state-of-the art equipment are often the reasons lives are saved in these situations.

The Hellenic Rescue Team participates in the Search & Rescue project, along with 27 other European partners, including 4 from Greece. The project will last 36 months and is implemented within the framework of the European Commission’s Horizon 2020 Research and Innovation programme. Its goal is to develop advanced solutions using emerging technologies for the early location of entrapped victims under collapsed structures, advanced wearables for the risk assessment and first responders’ safety during SAR operations, as well as to test them under realistic scenarios.

The Hellenic Rescue Team and the Project’s Coordinator, the National Technical University of Athens, jointly organised a field trial on 17 July, 2021 in Kalamata, Greece, for this purpose. In particular, a simulation was conducted both outdoors and indoors with the assistance of 6 Hellenic Rescue Team dogs trained to locate people that are alive beneath wreckage. The rescue dogs were asked to detect odours that were created in the lab and resembled those of humans, according to international literature, in both fields to record their reactions. The exercise's overall aim was to identify the synthetic odour that caused the strongest response from the dogs, which will then be used in the project’s pilot exercises to simulate people trapped under rubble. These initial results are quite promising, with dogs showing interest in odours created to emulate those emanating from living people. More research will be performed to reach a comprehensive conclusion.

The Search & Rescue project will continue with a series of pilot exercises, one of which is being organised by the HRT to be held in Thessaloniki and will feature a scenario of a plane crash in a mountainous area near the city.

We would like to thank journalist, Kelly Dimitroulia, from www.eforigi.com.gr, for the photo material. 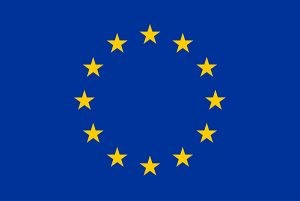 Giannis Triantos, from HRT Messinia, with his dog Ermis 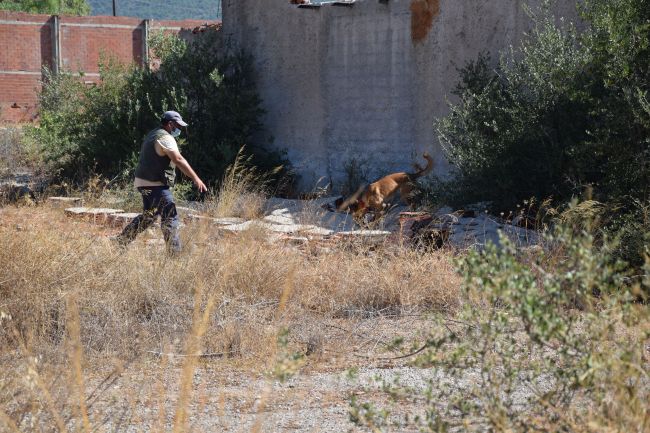